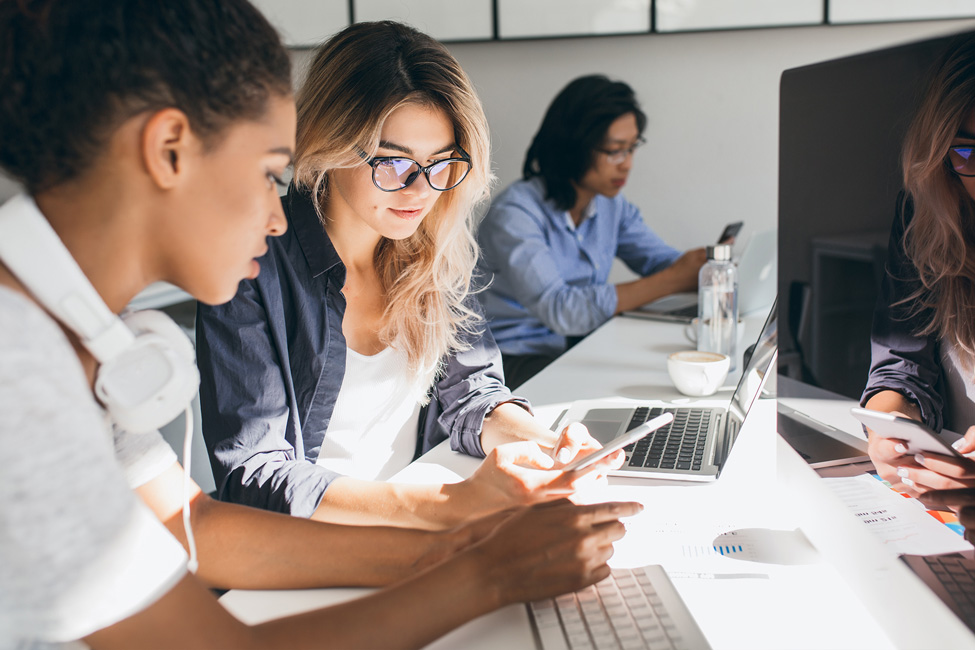 In an industry which, historically, has been heavily male-driven, the rise of women impacting the software development arena is encouraging, to say the very least. As Realm Digital celebrates women throughout the month of August, we sit down with one of our own to discuss women in technology.

Vuyo Moekoa is the Quality Assurance Engineer at Realm Digital. She studied Information Technology and specialised in Software Development at the Walter Sisulu University in East London. She is efficient in a number of programming languages including Java, C++ and VB.Net.

What is your role here at Realm Digital?

My role is to be the gatekeeper of the quality of software that our development team produces. Before any work is presented to a client, it needs to go past me to make sure we’re delivering the best possible product, which will ultimately result in a happy client.

I review the end product to ensure that everything is working properly and that the site is fully functional in accordance with the design and agreed scope of work. It’s also about challenging developers to write code that is not just ‘good enough’, but ‘good for the user’.

As someone who grew up in a rural area, it was very exciting for me when I got to high school and saw a computer for the first time. At that point, all we really did was play games and click around trying to figure it all out. It was then that I decided I wanted to go to university to study IT.

During your first year, when you are exposed to the different spheres in IT, I discovered that I didn’t want to work with the hardware, but rather the back-end. It is then when I decided to pursue the programming side of things.

Do you think young women are being encouraged to pursue careers in technology?

I think that even if girls maybe aren’t being encouraged to pursue a career in this field, they can see for themselves where the world is going, and where there are opportunities.

Some may believe that IT, much like engineering, is only for men, but young women are starting to see for themselves that with the rise of gender equality in the world there is definitley a place for them in the industry.

I’m not sure if they’re really being encouraged to pursue it, but they are pushing themselves.

What is your biggest challenge in a predominantly male-driven industry?

I’ve never really felt the pressure of working in a male-dominated field. Growing up I was considered to be a bit of a tom-boy, so I personally don’t feel like I’m in a male-dominated environment. I find it easier working with guys, than with girls, which comes with its own set of challenges.

Any advice for women who are interested in pursuing a future in technology?

I would encourage them to go for it. It is an interesting field to be in, quite challenging at times, but interesting. Technology is the future, and the future is filled with more women occupying this space.

If you are interested in a career in technology, take a look at our current available vacancies. We would love to have you on board.

This website uses cookies to improve your experience while you navigate through the website. Out of these, the cookies that are categorized as necessary are stored on your browser as they are essential for the working of basic functionalities of the website. We also use third-party cookies that help us analyze and understand how you use this website. These cookies will be stored in your browser only with your consent. You also have the option to opt-out of these cookies. But opting out of some of these cookies may affect your browsing experience.
Necessary Always Enabled
Necessary cookies are absolutely essential for the website to function properly. These cookies ensure basic functionalities and security features of the website, anonymously.
Functional
Functional cookies help to perform certain functionalities like sharing the content of the website on social media platforms, collect feedbacks, and other third-party features.
Performance
Performance cookies are used to understand and analyze the key performance indexes of the website which helps in delivering a better user experience for the visitors.
Analytics
Analytical cookies are used to understand how visitors interact with the website. These cookies help provide information on metrics the number of visitors, bounce rate, traffic source, etc.
Advertisement
Advertisement cookies are used to provide visitors with relevant ads and marketing campaigns. These cookies track visitors across websites and collect information to provide customized ads.
Others
Other uncategorized cookies are those that are being analyzed and have not been classified into a category as yet.
SAVE & ACCEPT